Skip to main content
Harmontown is a documentary film starring TV writer and producer Dan Harmon (NBC's "Community", Adult Swim’s “Rick and Morty”) as he takes his popular podcast of the same name on a calamitous cross-country tour. Much more than a comedy-tour documentary, the film directed by Neil Berkeley, uncovers Harmon’s public persona to reveal his complex character and his equally complex personal relationships. Supporting cast includes Jeff B. Davis ("Whose Line is it Anyway?"), Erin McGathy ("This Feels Terrible") and Spencer Crittenden. 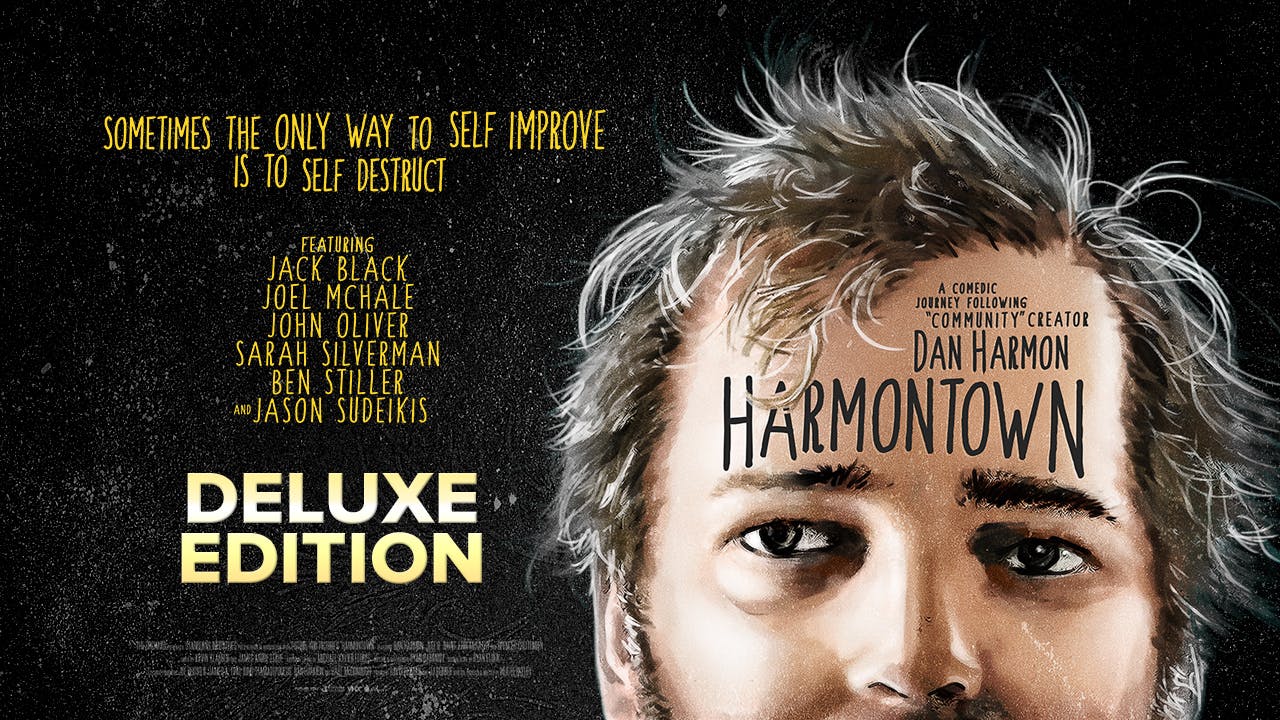 Harmontown Movie The movie you’ve been waiting for! Downloadable and DRM free!
Commentary A first person look at the Harmontown movie with Dan at the helm.
Dan’s Birthday Party Before the tour Erin gave Dan the gift of a lifetime…A published collection of his best writing from the web called "You’ll Be Perfect When You’re Dead". To celebrate Dan’s 40th, several of his closest friends (including Jim Rash, Alison Brie, Yvette Nicole Brown, Jeff Davis and Rob Schrab) read excerpts from the book in front of a live audience. Almost two hours of Dan at his most honest, insightful and hilarious. Read by famous people.
Phoenix Show from Harmon Country Tour The first stop on the tour and the first of 21 we’ll be making available to fans who have purchased the Deluxe Edition.
Writing Chicken Noodle One glorious night on the tour bus when Dan composed a masterpiece.
How TV Works On a short ride through the streets of Portland, Dan and Erin give us the inside scoop on how TV really gets made.
Extended CutAll the scenes we love that didn’t make the final cut. A completely masturbatory, slightly watchable, too many hours long version of the movie.
All 21 Harmon Country Shows That’s right! Every stop on the 2013 tour from start to drunken finish.